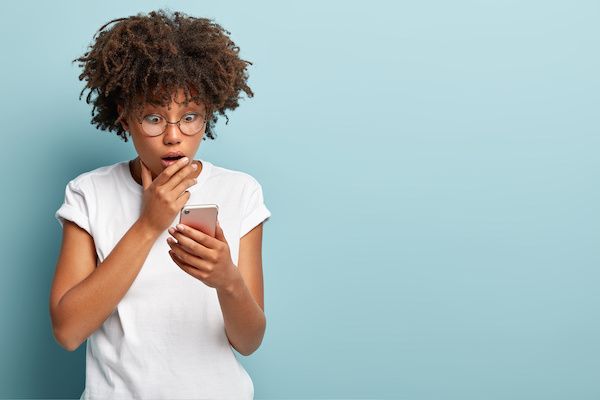 Wonderful though modern smart phones are, they certainly have their drawbacks as well. Aside from promoting time-wasting and distraction, the biggest issue is probably ergonomic. Today, it's common for a person to spends hours each day using their cell phone. Typically, these folks crane their necks forward over their phone during these hours.

This posture leads directly to the condition commonly called 'text neck.' It's natural for the neck to bend forward -- but not for long periods. The human head is heavy. Hunching over a phone for too long causes this heavy weight to disrupt the natural curve of the neck, placing great pressure on the shoulders, neck, and spine. The eventual result is the repetitive stress injury known as text neck.

Common symptoms of text neck are tightness and pain in the shoulders, neck, upper back, and even jaw. Rounded shoulders and reduced neck mobility are other warning signs. The pain and stiffness that result from text neck make life worse. Being in pain all day is totally miserable. Besides the direct misery caused by pain, text neck is also likely to increase stress and anxiety while disrupting focus and productivity.

Fortunately, there are effective ways to combat this most modern of problems. The simplest is to reduce cell phone usage. Much of the time spent with smart phones today is fundamentally wasted. Cell phones often function as little more than a distraction from real life and can be especially destructive of concentration. Both work and pleasure often suffer from too much smart phone usage. Thus, putting down the phone more often is wise, even besides the issue of text neck.

Of course, entirely giving up cell phone use is close to impossible. This reality means that finding a better way to interact with a smart phone is vital. Luckily, it is possible to use a phone more ergonomically. The key is to avoid heavy strain for long periods on the neck and shoulders.

First, a smart phone should be held up, instead of down. The closer the phone is to eye level, the better. Holding the phone relatively far away, as opposed to near the body, will help. But perhaps the most important rule is to take frequent breaks. Bending the neck for a minute or so isn't so bad. It's craning the neck forward for long periods that leads to trouble.

Another solution is to reduce the need to look at a cell phone's screen at all. Voice recognition and talk-to-text programs allow users to operate their cell phone almost entirely without having to bend their neck forward. This approach can be especially valuable for people with severe text neck symptoms.

Simple stretches and exercises can also help relieve the symptoms of text neck. Any stretch that stretches the neck to the side or backwards will be valuable. Increasing strength in the neck and shoulders is also good, since more capable neck and shoulder muscles are less likely to become strained and overworked.

Living with text neck is something no one should have to do. Fortunately, there's no need to passively suffer from the unpleasant symptoms of text neck. Following the guidelines described above will banish this all-too-common modern malady.

Another source of relief from text neck is to get a massage. We offer many massage options from deep tissue to relaxation and everything in between. Our massages help to relax and relieve stress and tension, heal and restore your body, and resolve underlying problems that lead to chronic pain, like text neck. Call us today to book your next massage!